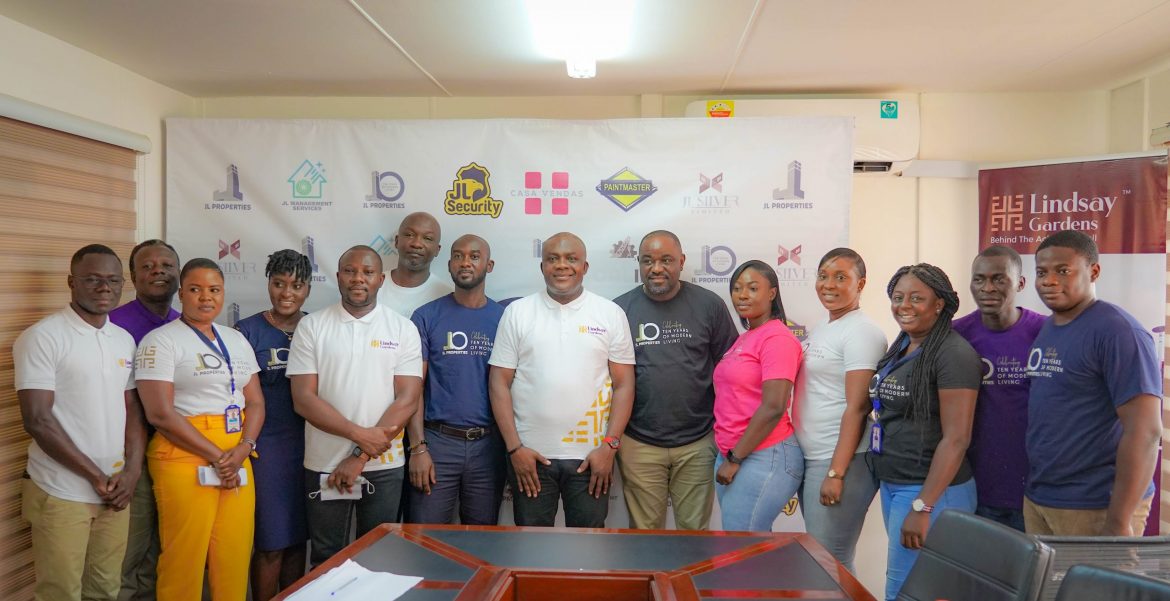 As part of the Anniversary itinery, JL Properties kickstarted the 10th Anniversary with an official Press Conference at the office premise. The Press Conference saw the gathering of a myriad of Media Partners to spread the good News of celebrating a decade of modern living.

An Extensive documentary of our traction over the past 10 years was showed highlighting the staff strength of about 400+ workers, over 1,000 developments with other commercial development spread all over the country.

The Executive Chairman, Dr. James Orleans-Lindsay emphasized on how JL Properties would construct 10,000 homes in the next decade through 3D concrete printing. This mission would be achieved through consultative discussions with consultants from Nigeria, China, African Development Bank and Ecowas Bank for Construction which has already been done.

Over the next 5 years, JL Properties would have successfully developed the biggest inner-city development in West Africa, precisely Lindsay Gardens, situated right behind the Achimota Mall whilst affirming as the biggest sub-regional real estate developer.